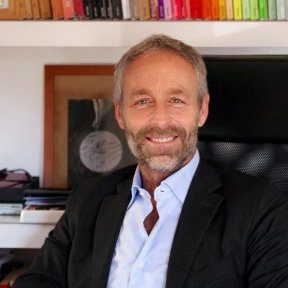 There has been a change in leadership at ServiceNet21. Safety21’s former Business Developer Manager, Paolo Tommasini, has succeeded Gianluca Longo, who will remain on the Board of Directors of the company founded in 2018 to provide Public Administrations with innovative road safety systems. The company also moved its operational headquarters to La Spezia last May.

With his appointment as CEO of ServiceNet21, Paolo Tommasini will head up the growth of the company, which operates in Liguria, Piedmont, Tuscany and Lombardy and was set up to strengthen the Group’s expansion in northern Italy by offering small and medium-sized Public Authorities the most advanced technologies and outsourcing services for improving road safety.

Commenting on his appointment, Tommasini said:

“I am proud to lead a company as strategic for the Group as ServiceNet21, a company that embodies not only the business model but also Safety21’s vision of the future of road safety in key regions such as Liguria, Piedmont, Tuscany and Lombardy, where, in just over a year, it has already developed important projects both in terms of installed tools and the digital transformation of safety from a smart city perspective, for example, by equipping local administrations with the TITAN cloud platform. At ServiceNet21, we will not fail to promote digital innovation in road safety as a development theme in the region, including through events that can generate reflection on the opportunities that technology now offers for the future of our cities.”

Born in 1968, with a Master’s degree in Business Administration, Paolo Tommasini has a background in professional sports, having taken part in numerous World Championships and the 1992 Olympic Games in Barcelona. Alongside his sporting career with the Fiamme Gialle group, he obtained an Honours Degree in Sport Management from Nottingham Trent University. On leaving the sports arena, he held a management position at a company involved in developing an innovative renewable energy project, before joining Safety21 in 2013 as Business Development Manager.