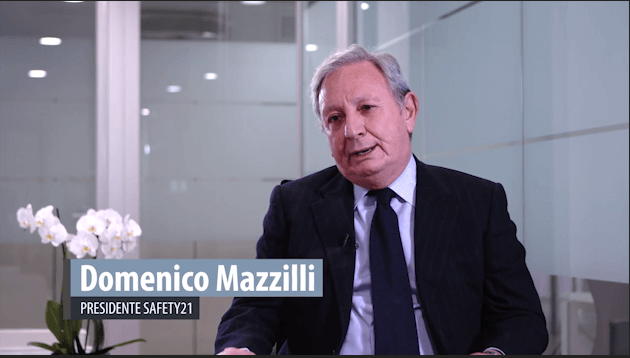 Safety21‘s social commitment starts with the promotion of a road safety culture, a mission it shares with educators, authorities, and police forces. Through the “Ti Voglio Bene” (I Love You) project, developed in collaboration with Rome’s La Sapienza University, the company has built a special relationship with young people, towards whom it directs most of its education and awareness initiatives.

Because “Safety21 wants to make a major contribution to society, with young people and through young people”, conveying positive messages and making young people more aware of their own limits.

Reflecting on the value of the company’s ethical commitment is its promoter, Domenico Mazzilli, Safety21’s Chairman, who during his career served as National Director of the Traffic Police Service and conceived and promoted road safety and legality projects, such as “Il Pullman Azzurro” (The Blue Coach), not only in Italy but also exported abroad.