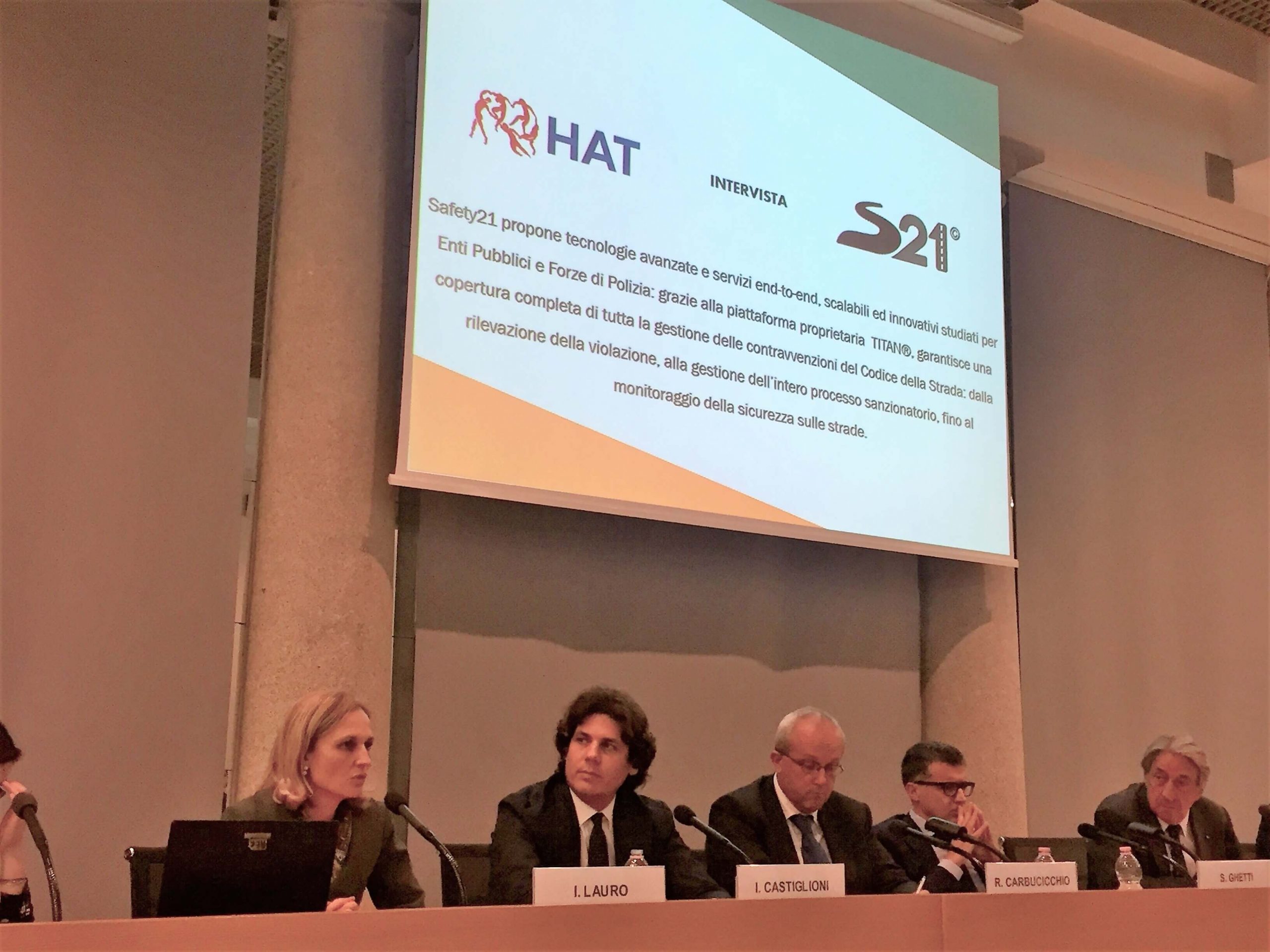 The growth of the Safety21 Group was showcased as a success story during the latest conference on the theme of business globalisation organised in Milan by AIFI, the Italian Association of Private Equity, Venture Capital and Private Debt, together with Intesa Sanpaolo.

The event, which was held behind closed doors on 24 October, hosted a reflection on the relationship between capital operations and increased globalisation of companies, based on the results of research conducted by LIUC-Cattaneo University studying 119 companies that completed an expansion or buy-out operation in Italy between 2006 and 2015.

In this context, the growth of Safety21 – from a promising scale-up to a globally-oriented Group, through the support of the Private Equity HAT – was presented by Isabella Lauro, Executive Director of Safety21, who highlighted the key steps along this path from the first participation of the HAT fund in 2016 to the significant projects that have been achieved thanks to it this year. These include the capital increase aimed at growth through acquisitions, and the acquisition, last June, of the company Multiservizi, whose established foreign market operations expand the Group’s business even further abroad, thus increasing its international reach in the search for new markets.