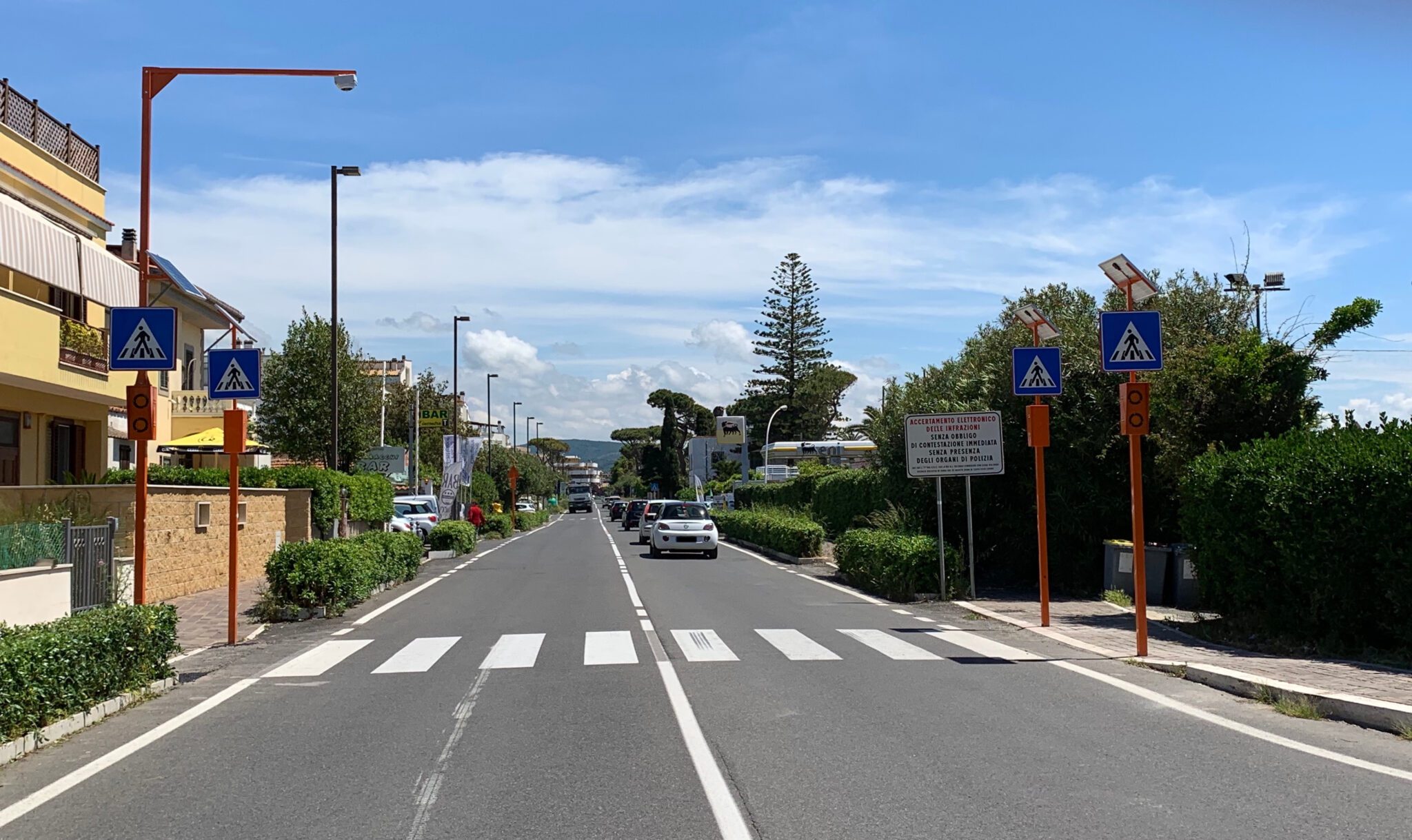 Another milestone for Safe Pedestrian 2.0: our system for monitoring pedestrian crossings without traffic lights has now reached Santa Marinella.

In line with European legislation, which requires a significant reduction in the number of deaths and injuries caused by road accidents by 2020, the Region of Lazio has decided to undertake a series of initiatives aimed at making the area safer. These include the adoption of a ‘Safe Pedestrian 2.0’ system that was installed at the end of May on the Aurelia State Road (Km 60+800) at a pedestrian crossing that presents a potentially critical safety risk to more vulnerable road users.

The 360° camera allows Safe Pedestrian 2.0 to monitor pedestrians in real-time and retrieve video recordings that can be used to establish the circumstances and responsibilities in the event of an accident.

Following on from Porto San Giorgio, Labico, Arosio and Torno, Santa Marinella is now the fifth municipality in Italy to host Safety21’s high-tech pedestrian system, at a time when local authorities are becoming increasingly conscious of a problem whose numbers are tantamount to an emergency: in 2017, 600 pedestrians died in Italy and more than 20,000 were injured, most of them permanently. In the Santa Marinella municipality alone, ACI (Italian Automobile Club) statistics for 2017 show that there were 26 road accidents on the Aurelia road, leaving 44 people injured.